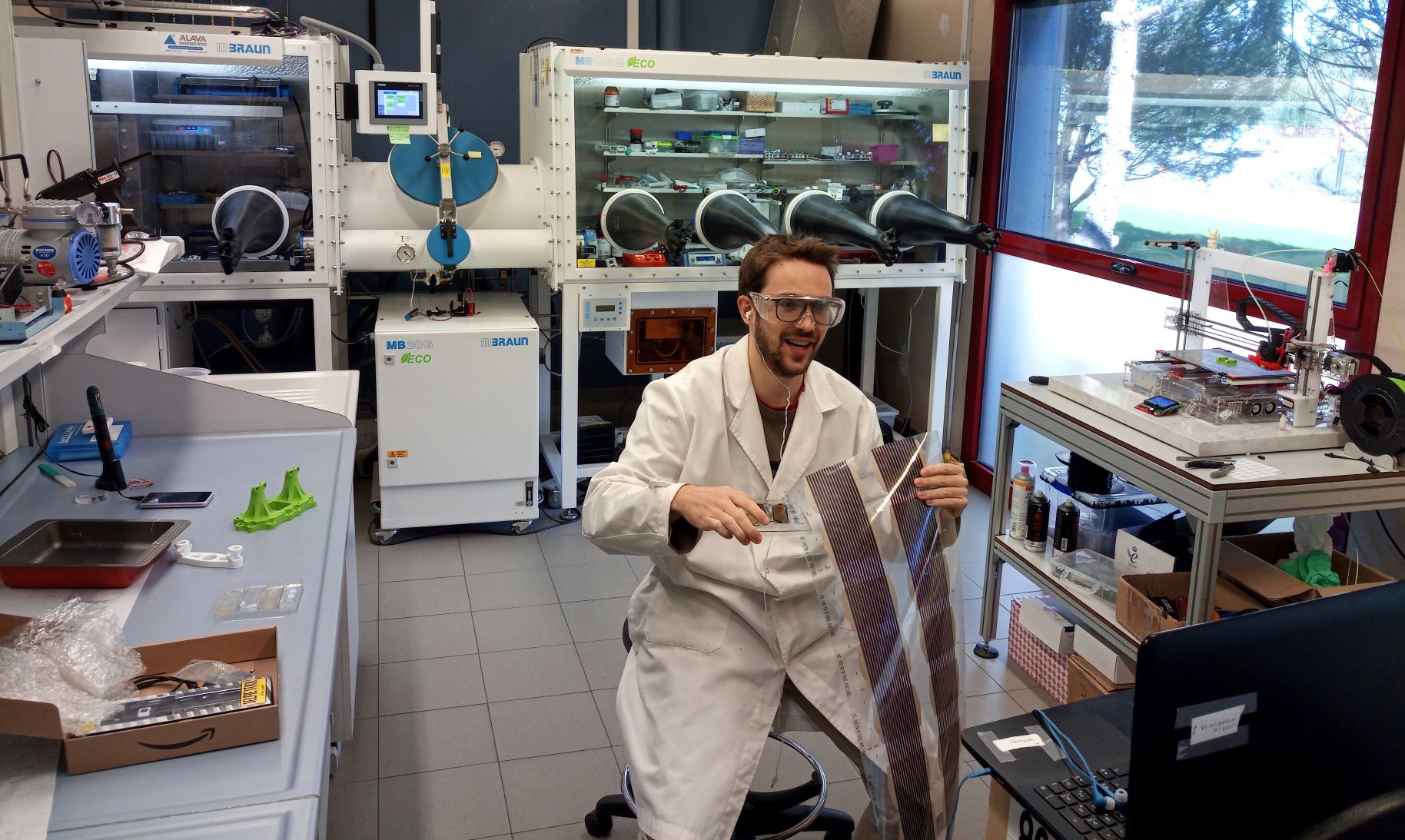 Martí Gibert participates in the "Science Truck" YouTube program about nanoscience and nanotechnology!

Martí Gibert participates in the "Science Truck" YouTube program about nanoscience and nanotechnology!

Martí Gibert, PhD researcher at the NANOPTO group, participated on Friday, 8 November 2019, on the YouTube Science Truck programme, in which the main topic was Nanoscience and Nanotechnology, and the invited scientific youtuber was Anna Morales (Size Matters), who is working on her PhD in Switzerland. Martí talked about Organic Solar Cells and Nanostructures! You can listen him from minute 53:24 to minute 1:02. Well done, Martí!

Martí Gibert is a PhD Researcher at the Nanostructured Materials for Optoelectronics and Energy Harvesting (NANOPTO) research group. He is working on developing Organic and Nanostructured Solar Cells, and is supervised by Mariano Campoy-Quiles and Agustín Mihi. In the video he shows to the audience some samples of the organic solar cells, which are flexible, transparent and can be easily processed into long rolls. He also shows the photonic crystals they produce, and which they use to increase the absorption of the solar cells.

The science youtuber Anna Morales, nanotechnologist and researcher at the University of Basel (Switzerland), whose YouTube Channel SizeMatters has more than 14,000 subscribers, was the invited youtuber in the eighth program of Science Truck, which was broadcasted last Friday 8 November from the highschool IES Féliz Rodríguez de la Fuente in Burgos.

Science Truck is a program of the Spanish Foundation for Science and Technology (FECYT), starring scientific youtubers, whose goal is to bring science in an entertaining way to the young students, stimulate their critical thinking and fight disinformation.This last program, which was broadcasted live at 1:00 pm. on the FECYT YouTube and Facebook channel, was based on nanoscience and nanotechnology, which study the phenomena, manipulation and manufacture of materials and devices in the nanoscale (from 0.1 to 100 nanometers; from the atom to below the cell).

The hosts of the program are also two renowned scientists: Javier Santaolalla and Rocío Vidal. Santaolalla is Doctor in Particle Physics and YouTuber; he has the YouTube Channels "Date un voltio", "Date un Vlog" and "Date un mi", which add more than one million subscribers and more than 50 million reproductions. Rocío Vidal is a scientific journalist and has the YouTube Channel "La gata de Schrödinger", specialized in fighting pseudo-sciences and promoting critical thinking. Also collaborating in the program there is Santiago García, mathematician and science disseminator, who directs and presents the radio program on mathematics of the YouTube channel "Raíz de Pi". 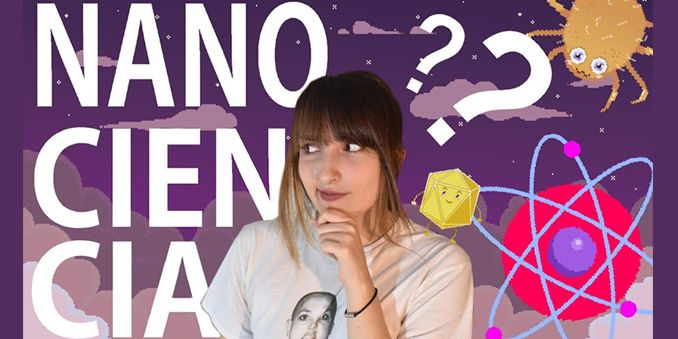