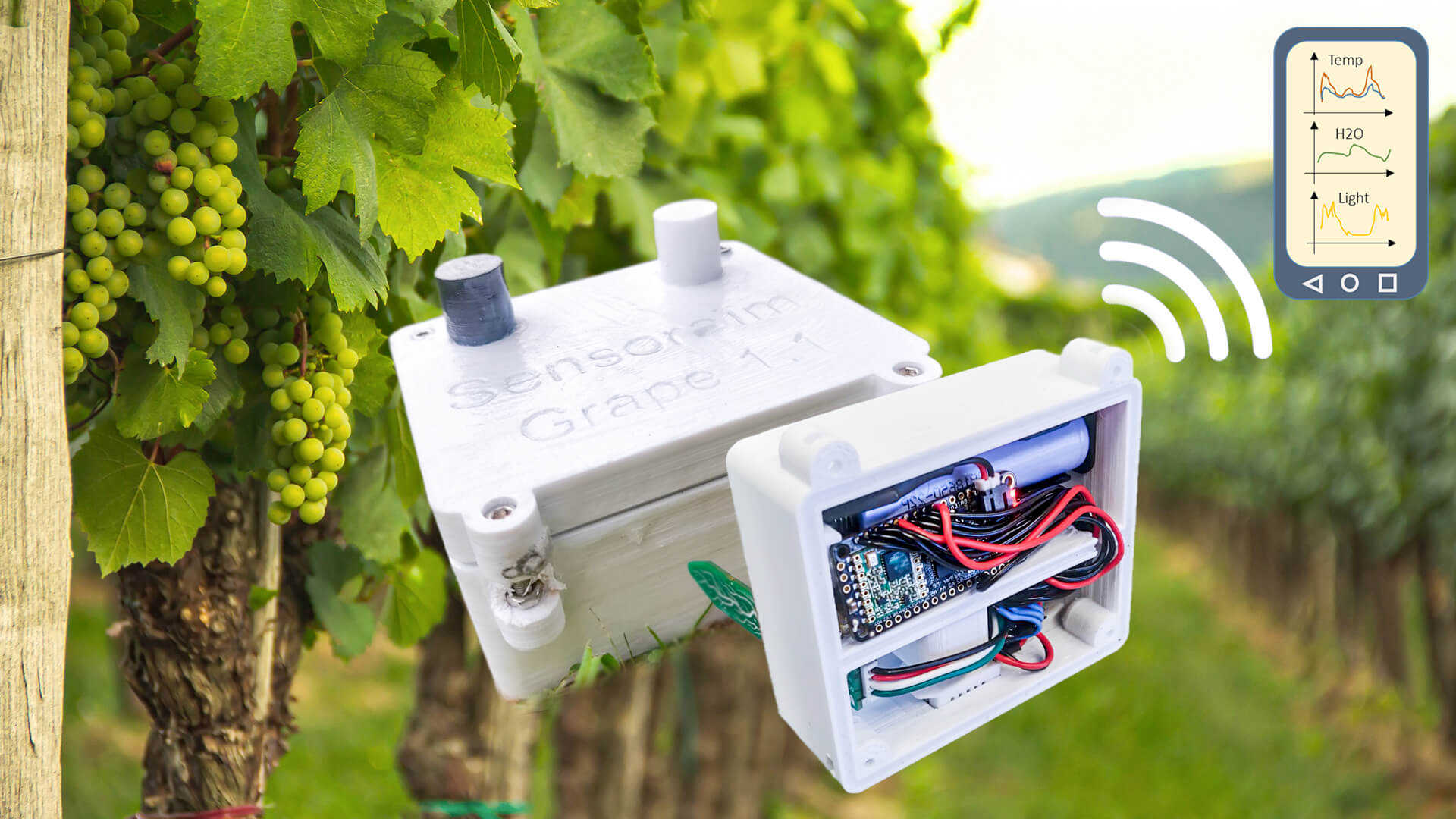 The “Idees Innovadores Isabel P. Trabal” award is organised by the Caixa d’Enginyers and is looking for scientific enterprises to boost the development of technological and innovative projects with a focus on engineering and sustainability. The SENSORAÏM project, born at ICMAB, is now eligible for a 10.000 € grant.

One of the 10 finalists for the 2020 edition of the "Idees Innovadores Isabel P. Trabal" contest is "SENSORAÏM: Organic thermoelectric generator to monitor vineyards", a project led by Mariano Campoy-Quiles from the Nanostructured Materials for Optoelectronics and Energy  Harvesting (NANOPTO) group, with the participation of Bernhard Dörling, postdoc researcher at the NANOPTO group working in organic thermoelectrics, Andrés Gómez, senior technician at the SPM Lab, and Ivan Álvarez, Product Engineer.

This team is developing technology for the live tracking of humidity and temperature of soil in vineyards, through the use of autonomous wireless sensors that send their information to a control unit and then to a smartphone app. This technology is really non intrusive as it requires of no batteries thanks to a patented organic thermoelectric generator that generates energy day and night through small differences in temperature. These generators are therefore less toxic and also less expensive in the long term, as they require for less maintenance.

Until now, they have achieved the first wireless sensor prototypes that measure the temperature of the soil and air, the humidity and the luminosity, and are able to send periodically the data to the receptors situated at a distance of up to 2 km. The next step will be to substitute the data logger battery for the thermoelectric module.

This technology is aimed at viticulture since it is an industry in which Catalonia and Spain are in the international lead, and vineyards are extremely affected by almost imperceptible changes in temperature. These sensors could help combat droughts and frost, optimise targeted irrigation and overall improve the plants’ health. The first prototypes have already been created thanks to a “Producte” grant awarded by the “Agència de Gestió d'Ajuts Universitaris i de Recerca” (AGAUR), the Secretaria d’Universitats i Recerca del Departament d'Empresa i Coneixement de la Generalitat de Catalunya and FEDER (Fons Europeu de Desenvolupament Regional).

As finalists, the team has won the opportunity to improve their business model through personalised advice. Their current plan was developed by MBA students in the Universidad del País Vasco, and was awarded as the best business plan in that promotion. They are also one step closer to the final prize of 10.000 € to further develop their project. The winner will be announced on June 16, 2020.

We wish the team the best of luck!